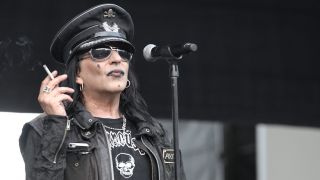 Faster Pussycat, Gun and Pat Travers have joined the bill for this year’s Hard Rock Hell festival, which takes place in Gwynedd, North Wales, in November.

They’re joining headliners Black Label Society, Saxon, Helloween and UFO, and while weekend tickets including accommodation are long sold out, a number of tickets are still available.