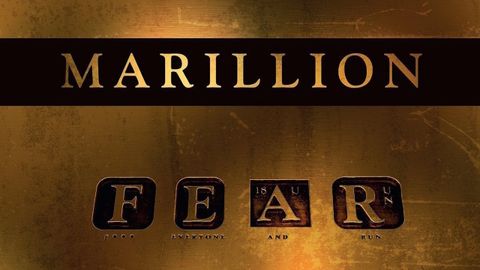 At times, FEAR (Fuck Everyone And Run) suggests that Marillion have taken all the most emotionally potent and fervently dynamic moments from this line-up’s 27 years and moulded them into some new, exponentially emboldened form.

The wonderfully fluid way that epic opener El Dorado glides through its five fragments recalls the deft melodrama of 1994’s concept piece Brave, via the unsettling mutations of The Invisible Man (from Marbles, 2004): simultaneously stark and trippy, it’s simply spellbinding. But even beyond the refining and redefining of their known qualities, FEAR feels like an imperious stride forward, the spikiness of its lyrical undertow making a mockery of the notion that Marillion are just cheery old farts playing to the gallery.

The incensed sprawl of The New Kings brings the band’s 18th album to a devastating close, as H rants, croons, whispers and howls about social injustice, the wickedness of unchecked power and the grand audacity of media manipulation. It’s both deeply moving and quietly thrilling: the sound of a veteran band completely engaged with their music, their world view and their reasons for giving a shit. An album of great depth, huge heart and dizzying finesse, this is also one of Marillion’s very best.

Marillion: a track by track guide to new album F.E.A.R