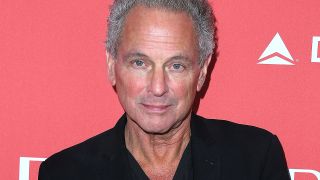 Earlier this week, it emerged that Lindsey Buckingham had settled his lawsuit with Fleetwood Mac.

Buckingham filed the legal papers against the group claiming he had lost up to $14 million as a result of his dismissal in January this year, which stemmed from a scheduling conflict centred around a world tour.

And in a new interview, Buckingham has taken issue with the current lineup, calling them a “cover band” – but says he’d rejoin Fleetwood Mac if asked.

Asked by Stereogum if he thought he’d ever return to Fleetwood Mac, Buckingham replies: “Look, it’s Fleetwood Mac, anything’s possible. Maybe they’ll get it out of their system.

“If they ask me to come back, would I? Sure, because to me I think the lack of a proper farewell tour – if that’s what we’re doing – that doesn’t undercut, like I say, the legacy that we have so carefully built as the five of us, which they’re not doing right now.

“I don’t know what they’re doing. It’s a cover band kind of deal, and Stevie Nicks may be enjoying that, and that’s fine. If she’s happy doing that, there is no one outcome that I think is going to be OK.

“The way I look at it is it’s giving me an opportunity to do some things in a more rapid-fire way with some new people who actually care about what I’m doing and not just about getting the money from Fleetwood Mac.

“I mean, it does make me question who these people are, but again, to look at it compassionately, I think it’s all coming from a lack of perspective and to some degree a certain weakness on their parts. I can’t stop loving them because of that.”

Buckingham previously said he hadn’t spoken directly to any of his old bandmates since the split, but had received an email from Christine McVie.

He now says: “Once we signed some papers a few weeks ago, I did hear from Christine in an email, as I expected to. I know Mick would probably like to, but I think he’s too embarrassed and just a little too weak-willed to do it.

“I won’t hear from Stevie because it was all her trip anyway. Again, I just have to forgive them because it’s really just Stevie being so needy for a certain kind of attention and maybe not wanting to compete with the vitality that I have.”

In October, Buckingham released his Solo Anthology and recently completed a tour across North America.