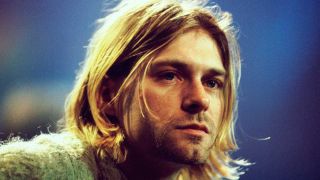 Nirvana are one of the biggest and most influential bands in music history. Formed in Seattle in 1987, they pretty much single-handedly catapulted alternative music into the mainstream when their second album, Nevermind, took the music industry by surprise and turned popular culture on its head on its release in 1991. Their mix of dirgey, down-tuned rock’n’roll, punk rock spirit and abstract lyrics originally captured the imagination of the increasingly disaffected Generation X youth, but continues to shape and inform rock music today.

But who are Nirvana? How did they start out? What are their biggest songs? What is nirvana, anyway? We bring you everything you need to know about Seattle’s favourite sons.

Who were the members of Nirvana?

In their best-known formation, Nirvana was made up of singer and guitarist Kurt Cobain, drummer Dave Grohl and bassist Krist Novoselic. Cobain and Novoselic met at high school in Aberdeen, Washington, where the band was originally based.

Cobain was Nirvana’s chief songwriter, wrote all their lyrics and almost all of their music – though Grohl and Novoselic both contributed to Nirvana’s music, as on Aneurysm, which was a co-write by all members of the band. Grohl also wrote the Heart-Shaped Box B-side Marigold himself.

When did Dave Grohl join Nirvana?

Dave Grohl joined Nirvana in 1990, after the band had already recorded their debut album, Bleach. When Grohl’s first band, Scream, suddenly split up mid-tour in 1990, Grohl – who had quit high school to follow a career in music – called friend and Melvins frontman Buzz Osborne for advice on what his next move should be. Osborne passed Cobain and Novoselic’s phone numbers on to Grohl, and the rest, as they say, is history. Novoselic later commented that “We knew in two minutes that he was the right drummer”.

Who was the first drummer in Nirvana?

Chad Channing is widely accepted as Nirvana’s first “official” drummer, as he performed on Nirvana’s debut album, Bleach. However, there was a revolving door of drummers in Nirvana before he joined.

Bob McFadden was the first drummer to ever pick up the sticks for Nirvana, but he lasted only a month. After McFadden came Aaron Burckhard, who drifted away from the band when they moved out of Aberdeen. At this point, the band started jamming with Melvins drummer Dale Crover, who appeared on Nirvana’s first demos in 1988. Crover left shortly after, at which point Dave Foster joined – until he got sent to jail a few months later. It was at this point that a mutual friend introduced them to Channing, who stuck around long enough to make it through the Bleach sessions. However, Cobain and Novoselic were left cold by Channing’s drumming abilities throughout the sessions. Amid growing frustrations at not being allowed to contribute to the songwriting process, Channing left. He was briefly replaced by Mudhoney drummer Dan Peters, then Dale Crover again, before Grohl joined the ranks.

Why were they called Nirvana?

Cobain has said Nirvana settled on that name because he “wanted a name that was kind of beautiful or nice and pretty instead of a mean, raunchy punk name like the Angry Samoans". Before they became Nirvana, the band were known as Skid Row, Fecal Matter and Ted Ed Fred.

Nirvana were sued by a British psych-rock band of the same name over usage rights of the Nirvana name, given that they had been active under the title since 1965 – two years before Cobain was even born. The two bands eventually reached a settlement in court. The British Nirvana seized on the opportunity, though, releasing a tongue in cheek, psychedelic cover of Nirvana's hit Come As You Are as part of an ultimately unreleased Nirvana Sings Nirvana covers album.

What is the meaning of Nirvana in Buddhism?

The term nirvana in Buddhism is most commonly used to refer to the religion’s ultimate spiritual goal of attaining a state of enlightenment which releases one from the cycle of reincarnation. The term refers to the extinguishing of three fires within the self, each of which represents greed, hatred and delusion, so that one can reach peace and spiritual fulfilment. Modern interpretations suggest a “nirvana in this life” is possible dependent on a “transformed state of personality characterised by compassion, peace, deep spiritual joy and an absence of negative mental states and emotions such as doubt, worry, anxiety and fear”.

There really is no question about this: Nirvana were – and still are – the biggest grunge band on the planet. Grunge itself is a term that comes with a fair amount of contention, as its defining qualities borrowed from the ferocity of punk, the down-tuned dirge of metal and pop’s irresistible songwriting nous, which has lead some to claim grunge isn’t a genre in its own right at all, or dismiss it as a cynical marketing term. But if people tell you that Nirvana were a punk band, an alt.rock band, a pop band, you shouldn’t listen to them. Nirvana weren’t just a grunge band. Nirvana were grunge.

What is the Nirvana smiley face about?

This doodle of a yellow face on a black background, with crossed out eyes and a wobbly smile, is one of the most enduring images from Nirvana’s career, and has adorned T-shirts, mugs, key rings, beer koozies and pretty much everything else you can think of since. Legend has it it was drawn by Cobain for a flyer announcing a Nevermind album launch party in Seattle in September 1991. It’s said to have been inspired by a similar crudely drawn smiley face, which wished punters “an erotic day” from its spot on the signage at The Lusty Lady strip club – a well-known joint close to where Cobain and the rest of the Seattle scene used to hang out.

How did Kurt Cobain die?

Kurt Cobain died by suicide on April 5, 1994. He was discovered in his Seattle home with a self-inflicted gunshot wound to the head and high levels of heroin and diazepam in his system. He was survived by his wife, Courtney Love, and their daughter, Frances Bean Cobain.

What are Nirvana’s best albums?

Best is a tricky term, given its subjective nature – though of them all, Nevermind is the definitive Nirvana album, and historically the most important. Nirvana only officially recorded three albums in their time as a band: Bleach in 1989, Nevermind in 1991 and In Utero in 1993. Nevermind is by far Nirvana’s best-selling album, having sold over 10 million copies in the USA alone. In Utero comes in second with 5 million US sales under its belt, while debut album Bleach is the least popular – though has still sold 2 million copies in the US.

As well as these albums, Nirvana compilation album Incesticide has grown a huge cult appeal over the years.

What are Nirvana’s biggest songs?

Nirvana’s biggest song was the world-changing Smells Like Teen Spirit. Released on September 10, 1991, it shot straight into the Billboard top 10, and is often cited as the moment when grunge music crossed over into the mainstream.

We recently held a vote with our readers to determine the best Nirvana songs of all time. Here are their choices of Nirvana’s 15 best songs, in descending order: