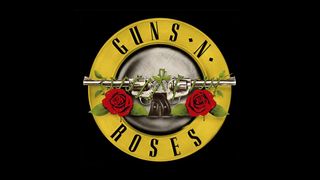 Starting life as a tossed-off comedy ’circus’ riff based on a warm-up exercise, bar band staple Sweet Child O’ Mine has gone down in history as one of rock’s most iconic and versatile tunes, lending itself to innumerable reimaginings over the years. Here are ten of the weirdest…

The artist formerly known as Metal Elvis was an Elvis impersonator for 15 years before he started arranging Presley-voiced hard rock mash-ups, including All Shook Up In Paradise City, That’s Alright Mama Welcome To My Jungle and this one, interpolating Don’t Be Cruel slightly awkwardly and ending up with a result that’s a little too sluggish under Slash’s riff. The Metal Elvis’s real name is Chance Tinder, which sounds like an accidental match with an online sex partner.

A textbook energetic bounce-along rendition from this seven-piece German ska covers troupe, who score a massive plus with their Monty Python-indebted name and sax-playing John Cleese logo - and for extending the joke to the disciplines of the band members (Ambassatrix of Tenor-Saxony, State Secretary of Bassic Affairs, Chief of the Trumpet Skagency, etc.).

This North Carolina ‘New Grass Fusion’ foursome turned folkie in 2013, unplugging their electric guitars and adding mandolin, violin and banjo to the front line for a shit-kicking humdinger of a wedding entertainment experience. Somewhere between the rustic gloss of Mumford & Sons and the irreverent jubilance of Hayseed Dixie, Sweet Child O’ Mine is inevitably one of their go-to crowd pleasers.

Quite soporific even for the chillout idiom, this version was released as a single in 2005 by a Nottingham-based electro duo (with breathy feminine guest vocals by Katty Heath) and declared ’tune of the month’ by insufficient John Peel replacement Rob Da Bank on Radio 1’s Blue Room. They even made a faintly surreal video for the song, featuring mysterious women prowling around a rocky Icelandic landscape in golden jumpsuits.

It’s the ultimate arbiter of a good melody: does it still sound good when played on harps, by blonde twin sisters, on a stretch of abandoned roadway? The song fares well, reduced to its basic parts by this sultry Chicago duo who became a viral sensation with their stripped-down renditions of rock classics. This song was featured on their debut album Harp Attack, alongside a pleasing back-to-back one-two of Highway To Hell and Stairway To Heaven.

Practitioners of a style once briefly dubbed ‘dry ice metal’, Midwinter are (were?) a French goth metal quintet who eschewed the usual Sisters Of Mercy/Paradise Lost tributes in favour of quickening and darkening the Sunset Strip power ballad with chugging guitar, pompous Korg and a ‘beauty and the beast’ vocal set-up, with florid female ululations duetting with an ill-fitting death growl on the “Where do we go”s.

Producer Frank Peterson - an early member of 90s New Age pop phenomenon Enigma - claims he conceived the Gregorian concept while visiting a monastery and listening to rock music on his Walkman. Featuring plainsong versions of rock and pop hits, Masters Of Chant Chapters I and II both sold a million copies each. Last year’s Masters Of Chant X claims to be The Final Chapter; they have one last concert scheduled for Tel-Aviv in October.

One of the more thorough and beguiling rearrangements came from this Brixton-based electronic duo’s debut album Cinematique in 1998, a brooding trip-hop soundscape augmented with the dark, breathy tones of Swedish hip-hop chanteuse Neneh Cherry. But it’s not all ponderous urban ambience; the tempo picks up and rocks out as Ms C builds up a gruff snarl over the “Where do we go” coda.

Law Of Inertia’s 2004 GNR tribute album Bring You to Your Knees had a higher hit-rate than the average micro-label’s cash-in covers comp, with Bleeding Through’s sludgy Rocket Queen and Dillinger Escape Plan’s batshit take on My Michelle. Most Precious Blood have a fair stab at slaughtering Sweet Child, bizarrely rendering the main guitar line with plonky home-organ piano and replacing Axl’s lovelorn croon with a derisive spitting yelp. The guitar solo’s smashing, mind.