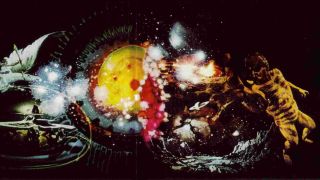 Soul Sacrifice (Santana)
Everything that is early santana, funnelled into one exhilarating, percussion-packed track.

Incident At Neshabur (Abraxas)
Unusually ‘jazzy’ for the band at this stage. Great for an open road with the top down.

No One To Depend On (Santana III)
From a heavily Latin mid-tempo song to a fiery, twin-guitar workout and back again.

Toussaint L’overture (Santana III)
Free-flowing, percussion-powered workout that santana do so well and like no one else.