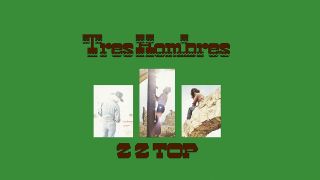 "Tres Hombres is an album that is mutually adored in the Demob camp," Demob Happy drummer Thomas Armstrong tells Louder. Which is a good job, really, as it is to him that the task of sorting ZZ Top's much-loved third album has fallen.

"Before the bombastic ZZ Top of the late 70s and 80s, there was the lo-fi fuzzed out blues of Tres Hombres," he continues. "Its crisp, dry drum sound and tight fizzy guitars are everything we love, and to us the production sounds like a blueprint for the early Queens Of The Stone Age sound we hold so dear."

So, below, Armstrong guides us through Tres Hombres' highs and lows, from worst to best.

"This is a track from the slower side of the album – you might notice a pattern in our choices, here. This tender blues ballad is a fine listen if you're a fan, but isn't quite strong enough to stand up with other classic ballads of the time. Even at just over three minutes it's a moment that drags a bit on a great record."

"The last track on the album, and very much a continuation of the slower blues feel of its predecessor Jesus Just left Chicago, but with more of a gospel feel to it. Not a game-changer, but a nice album closer and a cool end as it fades and sails off into the sunset. "

"This track feels a little closer to the call and response format of the 80s ZZ Top that came after, with Billy Gibbons' gravelly drawl offset by Dusty Hill's slightly cheesy, more rounded delivery. For me, this lets the cool slide a little. Though the riff is undeniably killer."

"'..And he's bound for New Orleans'. This second track brings the album right down in tempo and is a slow, blues ballad affair. This is the side of the album that is less of an influence on us, but we dig it none-the-less."

"The verses of this track meander a little, but the intro and riff sections contain everything we love about ZZ. The dark flavour and the riffs remind us of another Demob favourite – early Fleetwood Mac's Green Manalishi."

"A clean, angular blues boogie track that gets your hips shaking. This track couldn't be cooler, and sees Billy Gibbons exploring the world lyrically - 'I met a Sheikh from Mozambique, who led me to the Congo.'"

4. Move Me On Down The Line

"Probably the most sing-along track on the album. A sunny, feel good chugger, and a bit of a pre-cursor to Whitesnake's Here I Go Again."

"A barnstorming blues-rock standard and ZZ's breakthrough track. The riff, the groove, that drum fill before it kicks in – it never gets old."

"In this track you can feel ZZ expanding and exploring a little outside the southern blues feel – and this is where we really get turned on. The unusual song structure, the dark tone and Ian Pace/Sabbath-esque drumming, make it a real special track for us."

"One of the things we love about ZZ is the often mundane subjects Billy Gibbons can bring to life. 'Have mercy, been waitin' for the bus all day.' That, alongside the cheeky staccato blues riffing and the tight little drum fills in this track, have made it one of our all time favourites."

Demob Happy's new album, Holy Doom, is available now via SO Recordings. They head out on tour this week, check here for full dates.