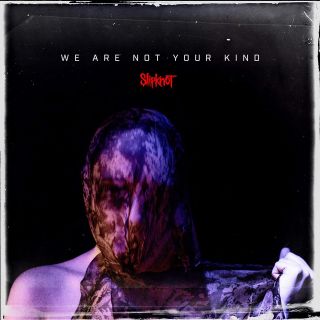 It's been almost two and a half years since a new Slipknot album landed in our grubby paws, and for most Slipknot fans, it feels like a bloody lifetime (just thank the Dark Lord they haven't taken as long as Tool...). But, folks, we are almost passed the finishing line and in a few sweet little months we will finally have their much anticipated sixth studio album, We Are Not Your Kind, in our excitedly sweaty palms. Here's the long(ish), winding and incredibly busy road the band took to get to where they are now: a stone's throw away from the record's release.

Slipknot wrap up the 5. The Gray Chapter album cycle with two massive shows headlining the first ever Knotfest Japan. Apart from a few hospitalisations along the way the worldwide touring in support of the album has been a colossal success. Yet with members’ side projects now due to take precedent, the question on every Maggot’s lips is, when will the Iowans be back?

Corey Taylor’s other band Stone Sour release sixth album Hydrograd. Arguably the most well-received of all the band’s efforts it launches them into arenas, but we’d still rather it be a ‘Knot record.

The band’s Day Of The Gusano live album and film is released. The scenes of bedlam from Slipknot’s first show in Mexico City remind us of what we’re missing. But there’s hope of things to come as Shawn Crahan tells Hammer “seven or eight” full songs are ready to go for the next album:

“Myself, Jim [Root, guitar] and Jay [Weinberg, drums] went to LA and organised everything we had written out on the road. We wrote 50 fucking ideas. We spent two weeks organising all that, and also adding some stuff that was written a year ago. We have over 27 ideas ready to go – seven or eight of them are full songs,” he reveals.

“These songs can change, they can be written over, nothing is in stone. But it’s great that we have concrete ideas to begin with. So the future has never been sweeter for Slipknot music.”

On Hatebreed frontman Jamey Jasta’s The Jasta Show podcast Shawn Crahan reveals that while the writing process is well underway, the upcoming Slipknot LP could be his final one with the band:

“We've been writing and this music is coming out. I feel weird things are coming but it's always like that for guys like us, we get involved in our records and the sky all-of-a-sudden changes,” Crahan says, before adding, “we're all getting older. I never like telling anyone, like, 'Hey, this is it!'”

Finally uttering the words “I feel like this could be it for me”, it begs the question how long a band known for their intense performance and adherence to their art can carry on giving it their all when they're are now in their 40s – Crahan himself turning 50 this year.

While the music process has been underway for a while, Corey Taylor reveals that he’s also begun to pen lyrics for album six. With a Doctor Who cup in tow, a sheet of lyrics with the title “Birth of...” gives Maggots the first tantalising clue of what darkness is to come.

Reunited, and it feels so good. A picture of Taylor on Crahan together on Twitter above the date “2019” cryptically confirms the writing process is in full swing. It’s followed a month later by bassist V-Man posting a slightly altered band logo on Instagram. The excitement builds.

Giving an update on the lyrics, the frontman reveals that the rough time he’s had over the last few years has given him inspiration for the Gray Chapter’s successor. Draw on the darkness, he says he’s laying his soul bare in the same way he did on the band’s earliest recordings:

“I'm working out some things, personally for myself, which has been great. I've been able to grab ahold of some of the depression that I've been fighting and formulate the way that I want to describe it,” he says, excitedly adding:

“So some of these lyrics are, to me, some of the best I've ever written. I know Clown was, like, just blown away by how open and raw it all felt. It felt like the old days.”

Corey Taylor finally confirms that the band will begin work on album six in early 2019 for a summer release. A few weeks later Slipknot declares the first concrete plans for their return when they’re announced as headliners for Download 2019 alongside Def Leppard and Tool.

Though any Slipknot set on Donington’s hallowed ground will no doubt be an emphatic one, everyone in attendance will be hoping there’ll be some new material to really make it a triumphant return.

While we accept we’re in for a few more months of waiting for new music, out of nowhere we get a Halloween treat in the form of new song All Out Life and its raucous video. Complete with that tribal percussion, twisted riffs and Taylor frothing with spite as he blurts out “Old does not mean dead, new does not mean best,” it’s a damning indictment of the world Slipknot have long tried stand apart from. And damn, it’s good to have them back.

Chatting to Metal Hammer, Corey Taylor says: “Some of this shit is just so hard and dirty fast. It’s fucking really good.

“It’s also us at our most ambitious, our most experimental, also us doing what we fucking do best which is basically when everybody thinks they’ve got us figured out, we just smack them in the face with everything we’ve got.”

Taylor confirmed via a typically serious Instagram selfie that he’s “Back to work…” with headphones on ready to record what we all hope will be the home straight. Better make a move on lads, only three months until Donington.

We're finally getting some serious traction with what's happening on the sixth album. On March 1, the band sets up the teaser site www.wearenotyourkind.com, which, if visited from a mobile device displays the date 8.9.19 and co-ordinates that suggest a US/Canadian tour is imminent. A few days later, this is confirmed by the announcement of the Knotfest Roadshow, a 29-date North American tour with Gojira, Behemoth and Volbeat (scroll down to see full tour dates).

However, the band keep August 9 free and off the tour bill, revealing this date as the official release date of the new album! (Yay!) Plus, they're heading down under to open for none other than Metallica.

“Oooooohh you’re gonna have a good time” This is going to be amazing!! Alessandro Venturella

Shawn ‘Clown’ Crahan later explains that the much anticipated release will be for the new generation… Does that mean a return to their earlier sound? We still don't have any answers!

Following all this exciting news is something less than positive, however, as drummer Chris Fehn departs the band. But have no fear and long live the knot, because a mere few weeks later we finally have a snippet of brand new vocals...

Slipknot's DJ Sid Wilson reveals he's tracking the last of his bits for the new record. We bloody hope so with only four months to go!

And as the month comes to an end, Corey teases us with an incredibly cryptic sneak peek at his brand new mask.

It's announced that Slipknot will be performing on Jimmy Kimmel Live! but we still have no news re: MASKS. Will we see them? Will they be debuting a new track? Oh Jesus, the suspense is killing us!

A few days ahead of their Kimmel Live appearance, however, they tease a big reveal will be coming soon... More teasers and sneak peeks take our excitement off the charts and then BOOM We have it! They finally reveal not only a brand new track Unsainted but the album's title and those masks we've been so keen to see. What's with Corey's, though? And theirs a new member? WHO IS IT?

Just one day after the big reveal, the band take their brand spanking new masks to a live setting, playing on Jimmy Kimmel Live, and it's bloody brilliant.

Corey reveals a little more information in regards to the new record, We Are Not Your Kind, explaining it's dark as hell: " The music falls in between Iowa and Vol. 3: The Subliminal Verses. It's experimental, but heavy as hell. It’s aggressive, but has tons of melodies. I think people are really going to dig it.”

And, after general uproar over Corey's new mask, the frontman finally speaks up in regards to his new facade (designed by special effects legend, Tom Savini no less!).

Oh and that mystery member? Their identity is none of our fucking business apparently!

Slipknot storm across the European Festival circuit, killing it at Rock Am Ring, obliterating the crowds at Download Festival in the UK (giving Hammer the chance to see their masks and new singles live for the first time!) and moving across to Copenhell, Graspop, Mystic Festival and more.

Corey chats to Radio 1 Rock Show presenter Daniel P Carter about the forthcoming album, reiterating what he told Hammer last year: that We Are Not Your Kind is the band's most experimental record yet, and reveals they have "pushed the boundaries of creativity".

After remaining fairly silent for weeks, Slipknot drop the second single from We Are Not Your Kind, brand new track Solway Firth – and it is one helluva ride. In fact, here's what we think about it, and boy it's definitely wet our appetite for the album's release LESS THAN A MONTH AWAY.

Plus, the eighteen-legged juggernaut dominate the cover of Hammer – get a load of them masks, all bloody nine of them!

Today's best Slipknot: We Are Not Your Kind deals