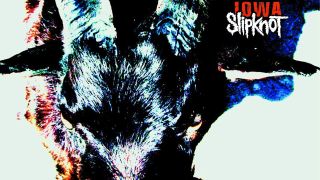 Slipknot’s Iowa album is practically perfect from start to finish. 14 tracks of ruthless aggression from the heart and souls of nine men who didn’t give two hoots what anybody thought of Slipknot or their music, and for that reason it resonated fully with metalheads across the world – it even made it to #1 in the UK. From start to finish it’s a classic, but because we’re sadists we thought we’d try putting it in some sort of order.

Setting the scene for the abject depravity of the record, (515) has to come at the bottom of the list as it’s just an intro track – it’s not something you’d drop into a DJ set expecting the room to explode. For 60 seconds it’s the gnarled voice of Sid Wilson screaming the word “death” after he learnt of his grandfather’s passing.

While this song is Slipknot’s darkest, most explorative musical outing yet, outside the confines of the album it doesn’t make sense. Haunting, desolate and unlike anything else the Knot have ever recorded, it acts as an anguish laden palate cleanser following 13 tracks of bile… well until Corey Taylor comes crashing in like a maniac screaming ‘I will kill you to love you’.

Slotting back into Slipknot’s live set back in 2016, it’s a strained, ferocious song again alluding to death with Corey barking ‘I’m always ready to die but you’re killing me’ and Joey Jordison’s legs working overtime on the double-bass. It packs a punch with some serious groove underpinning it all.

Starting in an absolute flurry of all nine men trying their hardest to break everything, The Shape swiftly descends into a gargantuan chant-along chorus of “SEPARATE!” and some of the best drum fills you’re ever likely to hear. But then comes the bounce from the Knot’s nu-metal leanings that are already an echo of the past.

Whispered like a nightmare, this is the most twisted and sinister track on Iowa as Corey invites you see his cage. What could easily soundtrack the most messed up Lars von Trier film, it’s a journey into the perverse psyche of a man clearly on the edge and sick of achieving nothing in a place that doesn’t understand him. Not a song to stick on your wedding playlist.

The shortest song on the album that structurally has more in common with hip-hop than metal with the rapped verses, Sid’s scratching and d&b influenced percussion… albeit far more aggressive with no glimmer of humour or irony. It’s a call to arms and a declaration of Slipknot being the “anti-cancer” to a world of fakes and bullshit.

Originally appearing on Mate. Feed. Kill. Repeat., the definitive version of Gently is the Iowa version that almost acts as a breather between the anthemic rousing half of the album to the depraved, disgusting side. Brooding, emotive and untamed, this is an understated classic in Slipknot’s arsenal. Sure, it’s not a singalong but the building, violent force The Nine create is powerful on all levels.

Not an overly friendly title, or indeed a compassionate song. Fuelled by hatred and disdain toward a higher power and authority figure, it’s a call to arms for every youngster who feels alienated and misunderstood. Just as empowering now as it was back in 2001, and as members of an outsider culture this really should be our anthem of sorts.

Despite being released as a single, Left Behind doesn’t receive as much recognition as My Plague even though it’s just as anthemic and is almost completely clean vocals – but don’t let that detract from how menacing the song is. Drums rattling like they’re about to fall apart and a malevolent guitar that permeates throughout, you can’t help but headbang to that chorus.

Opening on ‘You are wrong, fucked and overrated, I think I’m gonna be sick and it’s your fault’ is an instant reminder that Iowa is not a happy album. At all. Directed at an unnamed adversary, Everything Ends is everything you want from Slipknot – fast, furious and infectious, littered with hyper-aggressive lyrics and so confrontational it could start a fight in an empty room. It’s the musical equivalent of adrenaline.

The song that made Slipknot megastars, partly thanks to its inclusion in Resident Evil but also thanks to its MASSIVE chorus. One of Iowa’s more accessible songs due to the clean vocals, it stills carries that threatening edge like the rest of the record. The custom percussion adding a deeper, harder essence to the heaviness, My Plague is a masterclass in writing emotional, pissed off metal that can still get on the radio.

Hail Satan! That’s what metalheads are supposed to shout, isn’t it? We all bloody love that big red bloke who lives underground… or maybe it’s Corey Taylor we love. The iconic lyrics ‘If you’re 555, I’m 666’ are synonymous with Slipknot lore and each time its played live there’s a noticeable momentum shift in the room. Visceral and unrelenting, there’s not one minor dip in energy or hostility leaving your face somewhere on the floor.

‘I wanna slit your throat and fuck the wound’ is the most violent line to ever feature in an album that reached number one in the UK. Imagine that happening today. But it’s the pinnacle of everything Slipknot were trying to achieve with Iowa in its putrid, disgraceful, fucked-up nature and the aural destruction the Nine created.

The anthem. The mantra by which all maggots live by. One of the best opening songs by any metal band that hits with such gusto and malice you struggle to recover until the end of the record. The definitive statement of what Slipknot were and still are about, it’s the song to play to anyone vaguely interested in the band. From the pounding drums to Corey’s ungodly roar to the explosive chorus, it’s unadulterated chaos and we love it. It rips. It slays. It does any other synonym for kills you can think of.