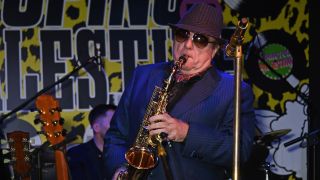 Van Morrison has released a video of him performing song Too Late live.

It’s lifted from the veteran singer, songwriter’s upcoming 36th album Keep Me Singing, which is due out on September 30. It can be pre-ordered on his official website.

The album features 13 tracks – 12 original songs along with a cover of Alfred Baggs and Don Robey’s blues classic Share Your Love With Me, which has previously been recorded by artists including Aretha Franklin and Kenny Rogers.

Closing track Caledonia Swing takes the form of an instrumental and features Morrison on piano and saxophone.