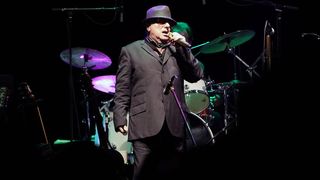 Keep Me Singing features 13 tracks – 12 original songs along with a cover of Alfred Baggs and Don Robey’s blues classic Share Your Love With Me, which has previously been recorded by artists including Aretha Franklin and Kenny Rogers.

Closing track Caledonia Swing takes the form of an instrumental and feature Morrison on piano and saxophone.

Keep Me Singing will launch on September 30 and is available for pre-order.

In addition, Morrison has announced a run of six live dates across the UK this November. Tickets are available for the shows in Liverpool, Edinburgh, Glasgow, Nottingham and Manchester via Ticketline.

The newly announced dates can be found below in bold.