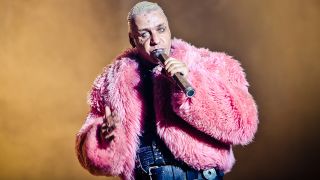 Rammstein have finally revealed details of their North American tour.

The band have been sharing teasers across social media over the course of the last week – and now they’ve finalised their plans.

The run of 10 shows will kick off at Montreal’s Parc Jean-Drapeau on August 20 and conclude with a set at Mexico City’s Foro Sol on September 27.

Tickets will go on sale this coming Friday (January 24) from 10am local time, while pre-sales and special packages will be available through Rammstein’s website.

To mark the news, Rammstein have released a trailer video, which can be found below along with a full list of their North American shows.

Meanwhile, Rammstein will tour across Europe from May in support of their latest untitled album – the follow-up to 2009’s Liebe ist für alle da.

Frontman Till Lindemann and his Lindemann project recently released a total of five videos for the track Ach So Gern. The song features on their record F & M.