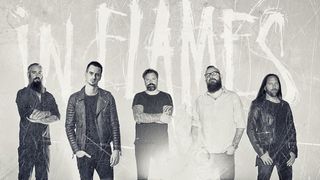 In Flames have released a live video for their track Only For The Weak.

It’s taken from the Swedish outfit’s Sounds From The Heart Of Gothenburg DVD, which was released last month via Nuclear Blast.

The live package was recorded in November 2014 during the band’s performances at Hovet in Stockholm and Scandinavium in Gothenburg, Sweden.

Guitarist Bjorn Gelotte said: “This DVD is for everyone who has been following our career. We have songs from the early years, the middle years and the new era.

“It has to be fun for us to play but also fun for the audience to watch and we try to get a good flow with nice dynamics and different songs.”

In September, In Flames issued a video for The End, lifted from upcoming 12th album Battles, which is scheduled for a November 11 release and now available to pre-order.

They tour with Hellyeah across North America starting in November.

In Flames and the importance of Gothenburg on metal