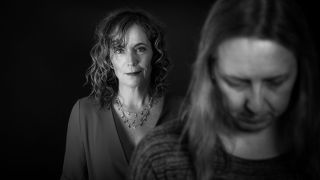 The Dave Foster Band have confirmed that Marillion guitarist Steve Rothery, in whose solo band Foster also plays, will guest with the band at their headline show at London's Dingwalls venue on January 31.

“I am thrilled that Steve is able to join us for our first ever UK headlining show," Foster tells Prog. "I love every second playing alongside him in the Steve Rothery Band and it is a privilege that he is joining me, Dinet Poortman and the other guys in the DFB for our London show. It should be a very memorable night with a few musical surprises."

The band will be supported by rising Norwegian proggers Oak, who will be making their very first visit to the UK. Both bands play:

Tickets are available direct from venues.

The band have also released a new video for the song Pata Dura, the first track from the band's most recent studio album Nocebo. The video was directed by up and coming filmmakers Will Cotton and Alex Blackburn and can be seen in full below.

“I worked with Will and Alex on the video for Bi-Polar by Mr. So & So a few years ago,” Foster adds. “They did a terrific job and were very easy to work with, so it was a no brainer to work with them again. We’re really proud of the Pata Dura video, we wanted to make something as dark as the track is and it has turned out incredibly well.”