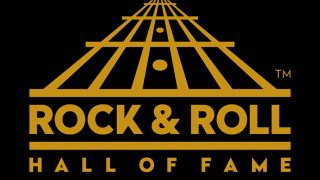 This year’s Rock And Roll Hall Of Fame induction ceremony has been called off due to the coronavirus pandemic.

The event honouring the Class Of 2020 was originally due to be held at Cleveland’s Public Auditorium on May 2, but that was then pushed back to November 7.

However, with COVID-19 continuing to spread, Rock Hall chiefs have made the decision to cancel this year’s induction ceremony.

The Rock And Roll Hall Of Fame’s chairman John Sykes says in a statement: “To protect the health and safety of our inductees, their families, crews and our attendees, we’ve made the decision that the scheduled live event is not possible.

“Together with HBO and executive producer Joel Gallen, we will still create an exciting programme honouring our 2020 inductees, by telling the stories of their incredible contributions to music and impact on a generation of artists that followed them.”

This year, Nine Inch Nails, Depeche Mode, T-Rex, The Doobie Brothers, The Notorious B.I.G. and Whitney Houston will be inducted, with the HBO TV special broadcast on November 7.

It’s also been announced that the 2021 event will be moved from the spring into the autumn.