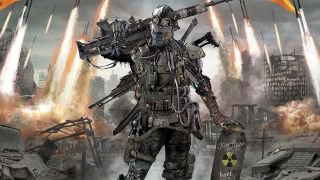 Megadeth will continue their 35th anniversary celebrations with a new graphic novel titled Death By Design.

The band have teamed up with Heavy Metal magazine for the 350-page book which is based around some of the band’s best-loved tracks.

The news comes just as Megadeth are about to launch their greatest hits package Warheads On Foreheads, which is out on March 22.

A host of writers and artists have been part of the comic book project, which will be released on June 5.

Megadeth’s Dave Mustaine tells Bleeding Cool: “I have always fantasised about Megadeth doing something this gloriously electrifying and gruesome. I hope everyone will enjoy the graphic novel as much as I enjoyed working with Heavy Metal to put it together for you.”

CEO of Heavy Metal, Jeff Krelitz adds: “Since I was old enough to buy records, Megadeth has been one of my favourite bands – not only for the great storytelling in the music, but the world building imagery on the album covers.

“This opportunity to meld the two worlds together and tell stories inspired by their songs is a privilege that we are excited to present to the fans.”

Find a full list of chapters along with the writers and artists below.

Megadeth: Warheads On Foreheads
Megadeth look back on the 35 years of thrash with this 35-track anthology, featuring tracks including Mechanix, Wake Up Dead, Hangar 18 and The Threat Is Real.View Deal