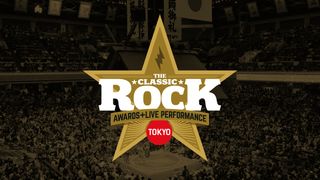 Metallica axeman Kirk Hammett and Def Leppard’s Phil Collen are the latest stars to be confirmed for this year’s Classic Rock Roll Of Honour in Japan.

Hammett and Collen join the previously announced Jeff Beck, Cheap Trick, Richie Sambora, Orianthi, Joe Walsh and Slot Machine as guests at the all-star event on November 11 at the 13,000-capacity Ryogoku Kokugikan Arena in Tokyo. The event comes two years after the ceremony was held in Los Angeles, before it returned to London for the 2015 edition.

And as well as revealing the two latest guest stars, Classic Rock has also opened the public voting for four categories – Best New Band, Album Of The Year, Band Of The Year and Reissue Of The Year.

“With brilliant new bands to celebrate and fantastic releases from the last 12 months to consider, whittling down the shortlist proved a tougher task than ever. But we got there in the end!

“We’re also delighted to announce more incredible six-string talent for our show. In what will be an epic night of the guitars, Kirk Hammett and Phil Collen will now join Cheap Trick, Joe Walsh, Richie Sambora and Orianthi in an evening that celebrates the incomparable maestro Jeff Beck.

Nominated the the Best New Band Category are A Thousand Horses, Ming City Rockers, Tax The Heat, The Record Company, The Struts and Whiskey Myers.

The records up for Album Of The Year are Psychic Warfare by Clutch, David Gilmour’s Rattle That Lock, Def Leppard’s self-titled album, Post Pop Depression by Iggy Pop, Alone In The Universe by Jeff Lynne’s ELO and The Temperance Movement’s White Bear.

Black Sabbath, AC/DC, Guns N’ Roses, Iron Maiden and Jeff Lynne’s ELO are up for Band Of The Year.

Reissue Of The Year is being contested by Alex Harvey’s The Last Of The Teenage Idols, Tusk by Fleetwood Mac, Metallica’s The Complete Studio Recordings, The Studio Collection by Queen, The Ramones’ self-titled 40th anniversary deluxe edition and Slade’s When Slade Rocked The World 1971-1975.