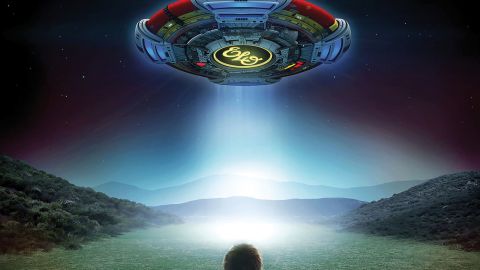 It’s been almost 15 years since the last Electric Light Orchestra album, Zoom, which coincidentally appeared 15 years after the band’s apparent farewell offering, 1986’s Balance Of Power. And my, how times have changed.

In the face of waning interest, the latter’s largely synthesized sound still showed echoes of Jeff Lynne’s astonishing songwriting talent. That seemed to be less so on Zoom, for which Lynne re-signed to ELO’s label Epic, who promptly ignored the new record in favour of going overboard on the television-advertised The Ultimate Collection. Christ knows how Lynne felt at that…

Obviously time heals much, as he’s back with another new ELO album, this time on Columbia, and fired on by the reception he received at last year’s Hyde Park performance for the BBC. But the feel and sound of Alone In The Universe is much more different to either of the aforementioned studio albums. This fact should certainly be music to the ears of long-standing ELO fans who’d held out hope that the great man might one day return to the flashing, neon mothership.

It’s almost like Jeff Lynne and ELO have never been away.

Musically, Alone In The Universe is a joy. True, Lynne may not opt for conceptual ideas as he did on Eldorado, Time or even Converto For A Rainy Day. Nor may he choose to rock out with such wanton gusto as Ma-Ma-Ma Belle or Do Ya. But everything on Alone In The Universe, from the opening notes of When I Was A Boy to the closing title track, is imbued with an almost melancholic, nostalgic yearning that consistently evokes the decades of pristine, progressively fuelled pop rock that Lynne has offered up.

It may just be Lynne on his own this time round (longtime ELO cohort Richard Tandy is just a live performer these days), but few people know their way around a studio better than Lynne, and left to his own devices, these ten tracks, frequently shimmering with our host’s dedication to the likes of Del Shannon, Roy Orbison, and yes, a touch of The Beatles, do more to uphold ELO’s pristine legacy than much of those last two records.

There are zippy little rockers like Ain’t It A Drag and One Step At A Time, echoes of Evil Woman in Dirty To The Bone, and shades of Showdown’s inert soulfulness on the crooning Love And Rain. There are timeless Jeff Lynne melodies on When The Night Comes and the dreamily laid back The Sun Will Shine On You, and not one of these 10 delightful tracks wouldn’t sit happily on anything Lynne and ELO laid down between 1971 and 1983.

In fact it’s fair to say, it’s almost like Jeff Lynne and ELO have never been away. And in some ways they never have…