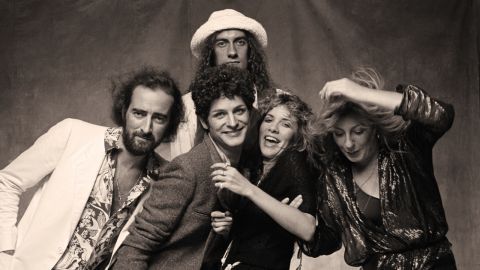 After the blockbuster success of Rumours, 1979’s Tusk was deemed a failure. A strange thing to say, perhaps, about an album that reached No.1 in the UK, No.4 in the US and sold four million copies. These things are, of course, relative.

But there was an air of superstar conceit about the project that many found maddening: you can imagine millions of eager punters making reflex purchases of the Mac’s latest dinner party balm, only to recoil at the queasy listening contained therein. Tusk is the strangest rock album ever made by a mainstream pop behemoth.

It’s Lindsey Buckingham’s tour de force, contributing nine of the 20 tracks, presiding over the production and generally acting out his fantasies of creating a grandly ambitious meisterwerk to rival his hero Brian Wilson’s SmiLE.

The fact that he was tuned into the new wave/post-punk of the time also infected the music, especially the rhythms, which were askew, and the production, which was at once decorously detailed and drowsy. Back in the day, Tusk seemed the antithesis of Talking Heads’ Fear Of Music and PiL’s Metal Box, but now they are all of a wonkily funky piece.

Over And Over is a curiously downbeat opener that sets the lethargic tone. The Ledge is weird rockabilly with a guitar that sounds like the twang of an elastic band. Save Me A Place is deceptively sloppy because it presumably cost, well, 1/20th of the astronomical $1million budget.

Steve Nicks’s Sara is as polished and palatial as a Bel Air mansion, with an atmosphere of luxury and heartache. On Beautiful Child she bids farewell to the gypsy waif of yore (‘I’m not a child any more’). Storms captures her voice at its most perfect, half way between honeyed and husky. “Did I ever really care that much? Is there anything left to say?” There are clues about the fallout of Rumours all over Tusk.

Buckingham, meanwhile, primally screams through the studio fog. His titles – That’s Enough For Me! That’s All For Everyone! – suggest someone on the verge of a nervous breakdown. Angel is MOR boogie with a hypnotic quality, like SoCal Krautrock. Many of the tracks – Sisters Of The Moon, Honey Hi – are melodically slight but texturally rich and tonally pleasing. Suddenly, the title track does seem like the obvious single, for all its background hubbub and off-kilter tribal beats.

‘Why don’t you tell me what’s going on?’ Buckingham pleads, although it could just as easily be the cry of several million customers, perplexed by this brilliant avant-garde murk-muzak.