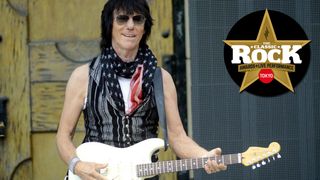 It was confirmed today that Classic Rock Awards 2016 + Live Performance will be held at the 13,000-capacity Ryogoku Kokugikan Arena in Tokyo - the home of Sumo wrestling - on Friday, November 11. This year’s show will feature appearances by recent Rock And Roll Hall Of Fame inductees Cheap Trick, plus former Bon Jovi guitarist Richie Sambora and Orianthi, while Jeff Beck will receive the highest honours. More acts will be announced in due course.

“It’s quite an honour to be considered for the first Classic Rock awards in Japan,” says Cheap Trick’s Robin Zander, “Thanks so much to all our fans in Japan, we can’t wait to come back and play for you all.”

This year’s ceremony will be held in Japan for the first time ever, while the evening itself is divided into a two-part event which will include an awards ceremony and a series of live performances. Ticket details will be announced shortly.