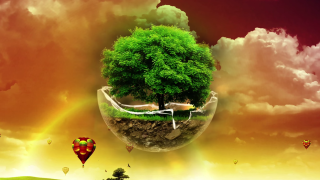 Anderson previously told TeamRock: “In this album I sing about – we are truth, we are heaven, we are. And about the destruction that is religious confusion.

“We are all one on the planet, of one being. You can compare that to Close To The Edge or Awaken. Every big project I’ve done has had similar themes.

“Know that you will be understood, you will be loved. It’s a natural thing. To put this into lyrics without being preachy is a delicate thing.

“You have to be warm and open. The positive side of life is always growing.”

It was announced last week that Anderson will be awarded 2016’s Prog God Award at the Progressive Music Awards at London’s Underglobe on September 1.