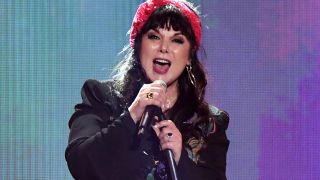 Organisers of the UK’s Ramblin’ Man Fair have today announced that Heart vocalist Ann Wilson will perform at this year’s event.

The festival of rock, prog, country and blues will take place at Mote Park, Maidstone, Kent, on July 17, 18 and 19, with artists including Clutch, Hawkwind, Lynyrd Skynyrd, Rival Sons, Big Big Train, Phil Campbell And The Bastard Sons and Monster Truck among the bands previously confirmed.

Wilson will play on the main stage on the Sunday, where she’s expected to perform tracks from the Heart back catalogue along with cuts from her solo career.

Also joining the main stage on Sunday will be blues rockers Blues Pills who will play tracks from their self-titled debut album and its follow-up Lady In Gold. And with a new studio album expected later this year, perhaps they’ll take the opportunity to air a few new songs.

In December it was announced that Billy Bob Thornton & The Boxmasters would headline the Outlaw Stage, while Clutch will perform a total of three sets across the full weekend.