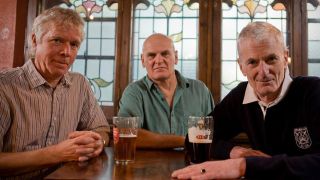 Van Der Graaf Generator have announced that their 13th album Do Not Disturb will be released in September.

The prog rock heroes will release the follow-up to 2012’s ALT on September 30 and have issued the album artwork, which can be viewed below.