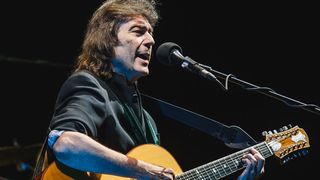 The three-day event will run from January 27-30 at Butlin’s Minehead resort – and will see the former Genesis guitarist play tracks from Selling England By The Pound and Wind And Wuthering.

Hackett’s appearance at the event comes ahead of his run of UK and Ireland tour dates, which kick off in Dublin on April 26.

Hackett said: “I’m excited to bring my latest show involving a new set of Genesis and Hackett numbers to the UK in 2017.”

Tickets for Giants Of Rock are available via Bigweekends.com.