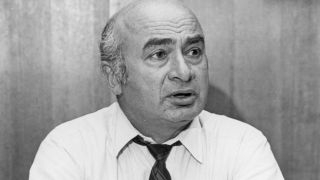 His nephew Craig Glicken confirmed the news to the Chicago Sun-Times (via Rolling Stone), saying that Chess had passed away at home in Tucson, Arizona, and that he had been in good health.

Chess was born Fiszel Czyz in Poland in 1921 and immigrated with his family to Chicago in 1928. He co-founded Chess Records with his brother Leonard in 1950 after a stint in the army – a label that would go on to help artists including Chuck Berry, Muddy Waters, Howlin’ Wolf, Etta James, John Lee Hooker and Willie Dixon

The label which specialised in ‘race music’ also signed Bo Diddley, Sonny Boy Williamson and Buddy Guy, with the pair also producing many of their artists’ records.

Guy tells the Chicago Sun-Times: “Phil and Leonard Chess were cuttin’ the type of music nobody else was paying attention to – Muddy, Howlin’ Wolf, Little Walter, Sonny Boy, Jimmy Rogers, I could go on and on – and now you can take a walk down State Street today and see a portrait of Muddy that’s 10 stories tall.

“The Chess Brothers had a lot to do with that. They started Chess Records and made Chicago what it is today, the blues capital of the world. I’ll always be grateful for that.”

The Chess label released Muddy Waters’ song Rolling Stone in 1950 – which inspired Mick Jagger and co to name their band after the track.

The Rolling Stones’ song 2120 South Michigan Avenue was named after the address of Chess Records. It appeared on the UK outfit’s 1964 EP Five By Five.

The brothers were inducted into the Blues Hall Of Fame in 1995.

The 10 best blues songs you might not have heard