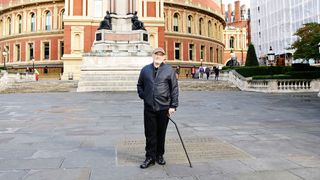 Phil Collins has announced a run of nine European shows for 2017 – his first tour dates in a decade.

He’ll hit the road in June of next year, starting with a five-night residency at the Royal Albert Hall in London. Collins will then play two shows in Cologne, Germany, and two in Paris, France.

Tickets go on sale at 9am on October 21 via collins’ website.

Having announced his retirement in 2007, the former Genesis man returned to the stage last year at an event for his Little Dreams Foundation and then performed live at the opening of the US Open tennis event in New York. Those appearances inspired him to tour again.

Collins says: “I thought I would retire quietly. But thanks to the fans, my family and support from some extraordinary artists I have rediscovered my passion for music and performing. It’s time to do it all again and I’m excited.

The announcement comes ahead of the release of Collins’ book Not Dead Yet: The Autobiography, which is out this week via Penguin Random House.

A career-spanning selection of his hits entitled The Singles was issued on 2 CD, 3CD, 4LP and digital formats via Atlantic Records last week.