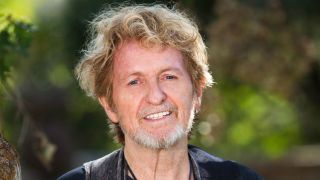 Jon Anderson has recalled how Phil Collins scuppered his solo career during the 80s.

The former Yes vocalist claims that he and Phil Collins were signed to Virgin at the same time – and that the label asked for his pay advance back after hearing both of their projects.

Anderson tells Prog: “They signed me and old whats-his-name – Phil Collins – in the same month. Then Phil goes to no.1 with Face Value for a thousand years. Gosh, I misjudged that situation.”

The singer claims the Genesis man scuppered his chances once again years later when his 1988 album In The City Of Angels flopped everywhere in the world – except Quebec.

Anderson says: “I played a festival in Quebec and it was still being played on the radio. The promoter told me, ‘This was a big album here.’ I said, ‘Really? This is the only place in the world it was, then.’”

He adds: “Basically it was Phil again. Genesis’ Invisible Touch. Phil’s voice in that period was so perfect for radio. Mine was not so good for radio.”

The full interview with Anderson features in the latest issue of Prog magazine, which is out now in print and via TeamRock+.

Anderson will be presented with the Prog God award at the 2016 Progressive Music Awards at London’s Underglobe venue on September 1.

Last month, he, Trevor Rabin and Rick Wakeman announced a 2017 UK tour. The trio are currently working on an as-yet-untitled album.

Prog God 2016 Jon Anderson: in his own words