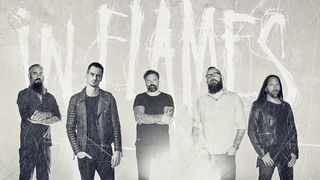 A video showing how the videos for In Flames tracks The End and The Truth has been released.

Both songs feature on the Swedish outfit’s upcoming 12th album Battles, which is scheduled for a November 11 release and now available to pre-order.

The videos shared a concept, with the new clip revealing how director Patric Ullaeus put the pieces in place for the finished promos.

Watch both The End and The Truth videos below, along with the making-of clip.

Vocalist and lyricist Anders Friden recently revealed the meaning behind the album title, saying it was inspired by emotional conflicts.

He said: “All titles for every album come really late in the process. I write the lyrics and then I gather all the lyrics after we’re done and I look at the album as a whole, then try to figure out what the theme is.

“With Battles, we all have our inner struggles from the day we are really young up until the day we die, so this album is about that and something everyone can relate to.

“We all have it – you can never get away from it. It could be inside and outside, between all kinds of people with all kinds of situations.”

Last month, In Flames released the live package Sounds From The Heart Of Gothenburg, was recorded in November 2014 during the band’s performances at Hovet in Stockholm and Scandinavium in Gothenburg, Sweden.

They’ll tour with Hellyeah across North America starting in November.

In Flames and the importance of Gothenburg on metal