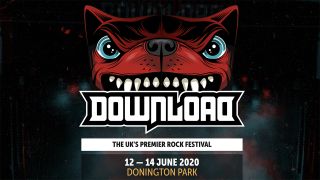 Organisers of the UK’s Download have this morning revealed a further 37 artists who will play at this year’s event.

It was previously confirmed that Iron Maiden, Kiss and System Of A Down would headline the festival, which will take place on June 12-14 next year, while Korn, Deftones, The Offspring, Disturbed, Gojira, Alestorm, Black Veil Brides, Of Mice & Men and Daughtry would also play.

Things then got a whole lot louder back in November when they were joined by  Volbeat, Killswitch Engage, Babymetal, The Pretty Reckless, Airbourne, Skillet, Baroness and more.

And as if that wasn’t enough, today it’s been confirmed that bands including Mastodon, Lacuna Coil, Sepultura, Alter Bridge, The Darkness and Funeral For A Friend will be playing.

Alter Bridge's Mark Tremonti comments: “We are very proud and honoured to be a part of the 2020 lineup. Download has always been the highlight of our touring schedule over the years, thanks for another opportunity to perform for some of the best rock fans in the world!”

The Darkness' Justin Hawkins adds: “UK festival appearances are like children - so precious and impossible to pick a favourite. This year though, my number one child is our Download slot! I have a pair of pyjama bottoms designed to look like jeans with tickets for Monsters of Rock 1991 hanging out of the pocket, and that tells you everything you need to know about my excitement levels.”

Plus, WWE NXT UK confirms its return to the festival and Kerrang! Radio will be hosting Finding Fresh Blood once again, searching for emerging talent to play the Avalanche Stage. For more information, visit their website.