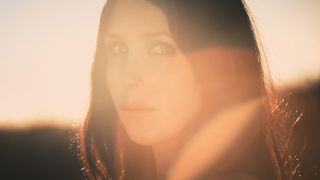 The follow-up to 2017’s Hiss Spun is titled Birth Of Violence and it’ll arrive on September 13 through Sargent House.

Wolfe says: “I’ve been in a state of constant motion for the past eight years or so – touring, moving, playing new stages, exploring new places and meeting new people –an incredible time of learning and growing as a musician and performer.

“But after a while, I was beginning to lose a part of myself. I needed to take some time away from the road to get my head straight – to learn to take better care of myself, and to write and record as much as I can while I have ‘Mercury in my hands,' as a wise friend put it.”

To mark the album announcement, Wolfe has released a stream of the first material from the record in the shape of The Mother Road which can be listened to below.

Wolfe collaborated with Ben Chisholm on the album and was joined in the studio by Jess Gowrie on drums and Ezra Buchla on viola.

In addition, Wolfe has announced a North American acoustic tour and she’ll also join The Cure at the Pasadena Daydream Festival on August 31.