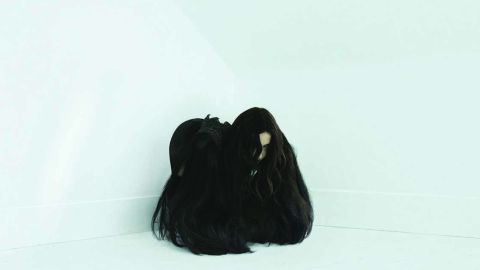 Darkness is Chelsea Wolfe’s friend. The songwriter has long blended the gothic, electronic and industrial into impressive new forms. Early releases manifested this in unsettling folk tales, while 2015’s fourth album, Abyss, impressed with its dynamic mastery. Fifth effort Hiss Spun takes things further, adding heavy credentials in the form of Queens Of The Stone Age’s Troy Van Leeuwen on lead guitar and Kurt Ballou on desk duties. Fans of Russian Circles’ aural monoliths may find themselves in familiar territory here (Wolfe appeared on 2013’s Memorial), but there’s diversity in the darkness. The Culling’s grazed vocal proves just what spine-tingling power Wolfe has when she shirks her default whisper, and Vex seems to utilise a guitar raised by a family of rusting church organs. Twin Fawn offers respite, exploring quieter spaces. Wolfe’s wispy echo trembles across a reverberating bass, before the most vicious left-turn on the record wipes it out with swift, astonishing violence. Wolfe’s aesthetic approach has always impressed, but she’s gaining confidence with each step. If Abyss was an exploration of the musical depths, Hiss Spun is a conquering of the space – the sound of an artist bending metal to their will.