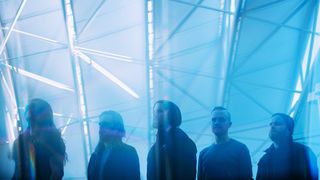 Between The Buried And Me have released a video for their epic new track Condemned To The Gallows.

It’s the first material from their upcoming double album Automata, which will be split into two releases. Automata Part I will arrive on March 9, with Part II scheduled for release in the summer, with a final date still to be revealed. Both will be released via Sumerian Records.

Guitarist Paul Waggoner says: “We never want to repeat ourselves – we’re always trying to do something different, and this album fell right into that sort of pattern.

“We push ourselves into new places while retaining our basic sound. Musically, we go somewhere that’s fun and challenging. We never know how it’s going to turn out.

“These are uncharted waters for us. We’ve never written an entire piece and presented it in separate parts like this.”

Frontman Tommy Rogers adds: “All of our music should build up to the newest record. That’s what happens with Automata. You can take little snippets from our past throughout this album.

“It sounds like Between The Buried And Me, but it’s still new. We hope to keep the music industry on its toes. This is part of doing that.”

Earlier this week, Between The Buried And Me announced a US tour with Leprous and The Dear Hunter.

Find the full list of tour dates below, along with the [Automata Part I](https://www.amazon.co.uk/Automata-I-Between-Buried-Me/dp/B0792ZYBGC/ref=sr11?ie=UTF8&qid=1516359272&sr=8-1&keywords=Between+the+buried+and+me%2C+Automata) cover art and tracklist.

Between The Buried And Me Automata Part I tracklist

Between The Buried And Me - Coma Ecliptic: Live DVD review