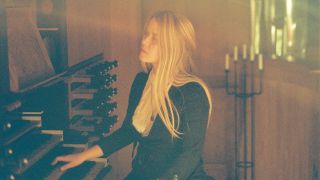 The follow-up to 2018’s Dead Magic is titled All Thoughts Fly and it’ll launch on September 25 through Southern Lord.

Unlike von Hausswolff’s other albums, All Thoughts Fly will be fully instrumental, with the entire record consisting of just one instrument, the pipe organ.

And to mark the announcement, von Hausswolff has released a video for the lead track Sacro Bosco, which translates to ‘Sacred Grove’. It was directed by Gustaf and Ludvig Holtenäs and can be watched below.

Sacro Bosco is a garden situated at the castle of Orsini which is situated between Rome and Florence in central Italy. It was commissioned by Pier Francesco Orsini in the 16th century and is known for its grotesque sculptures and buildings which are overgrown by vegetation.

Speaking about All Thoughts Fly, von Hausswolff explains: “There’s a sadness and wilderness that inspired me to write this album, also a timelessness. I believe that this park has survived not only due to its beauty, but also because of the iconography – it has been liberated from predictable ideas and ideals.

“The people who built this park truly set their minds and imagination free. All Thoughts Fly is a homage to this creation, and an effort to articulate the atmosphere and the feelings that this place evokes inside of me.

“It’s a very personal interpretation of a place that I lack the words to describe. I’d like to believe Orsini built this monumental park out of grief for his dead wife, and in my Sacro Bosco I used this story as a core for my own inspiration: love as a foundation for creation.”

All Thoughts Fly is now available to pre-order from Bandcamp.