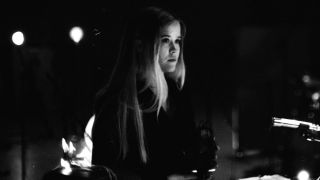 Anna von Hausswolff has vivid memories of family holidays in her native Sweden.

One place in particular stands out: an area of outstanding natural beauty that was once the scene of a peasant uprising in which thousands were slaughtered. “It’s almost as if nature becomes a little more beautiful there because of the horror,” says the singer/composer, who prefers to leave the location unnamed. “You try to picture yourself in those situations, so you add layers of emotions into this place. It triggers your emotional self and also brings a certain creativity.”

The 29-year-old has now pressed this personal psycho-geography into third album The Miraculous, a stunning record that evokes majesty, mystery and terror in equal measure. This is partly due to her use of the Acusticum Pipe Organ, inaugurated in 2012 in the Swedish village of Piteå, south of the Arctic Circle. Its 9,000 pipes and built‑in features – glockenspiel, vibraphone, celeste and percussion – create a huge, cathedral-like drone that matches the gothic grandeur of von Hausswolff’s intense soundscapes. Factor in her extraordinary vocal range, from moody ambience to wailing crescendos, and the effect is startling.

I’m a huge Floyd fan. I’ve been listening to them since I was 16 years old, so their records live inside me.

“The facilities of the Acusticum meant that I could create more experimental sounds than with a normal pipe organ,” she says. “Being inside these songs is a very abstract feeling of super-intense emotion, where you’re surrounded by a lot of frequencies. But your body vibrates a lot of frequencies too, so it’s almost singing together with the atmosphere. It feels like a call and response thing.”

The daughter of noted composer/curator Carl Michael von Hausswolff, Anna originally studied architecture at university in Gothenburg. Music, however, was clearly in her blood. There are distinct echoes of Cocteau Twins, Earth and Godspeed You! Black Emperor in the sounds she conjures, as well as the proggier exhalations of Pink Floyd: “I’m a huge Floyd fan,” she says. “I’ve been listening to them since I was 16 years old, so their records live inside me. They don’t seem to care so much about the typical structures of traditional rock music. There’s this ‘floating in and out’ quality, where they suddenly go from one part to another.”

2010’s piano-centric Singing From The Grave was a well-received debut, though follow-up Ceremony, landing three years later, earmarked von Hausswolff as a rare talent. Built around the sound of a brooding church organ, it also brought her a degree of renown. Her most high-profile moment came earlier in 2015, when David Byrne asked her to perform at Meltdown. “He came to one of my concerts in New York,” she explains. “Then I saw him backstage afterwards and got so nervous I just ran away! In the end, my manager said to me: ‘Aren’t you going to go over and say hi?’ And I was like, ‘Oh, OK then.’ It was a huge thing to be invited to play the festival, performing in front of all those people. I felt like I’d just won a million dollars.”

Something tells us she should start getting used to such attention.