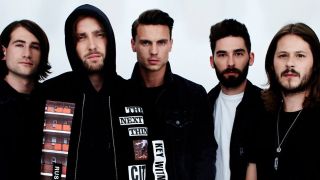 You Me At Six

You Me At Six vocalist Josh Franceschi will meet fans face-to-face later this week to sell them tickets for their upcoming show in London.

They’ll play the city’s Dingwalls on November 26 in conjunction with Dr. Martens, with Franceschi saying he wants to sell tickets for the gig directly to fans to combat the price hikes associated with secondary sales.

The move comes after tickets for the sold out show began changing hands for three times their face value on the secondary market earlier this month.

Franceschi said: “People that only buy gig tickets to simply resell x3 face value are my worst enemy. So unfair on genuine fans of the artist.”

He now adds: “I have spoken to Dingwalls and released a further 100 tickets for our show on November 26. To make sure it’s our fans that are getting them, I’m going to come to the Dr. Martens store in Covent Garden on Wednesday, October 26, and sell them to you myself.”

He’s also urged those who want to see change to the way tickets are sold to sign a UK Government petition to stop genuine fans being ripped off by ticket resales.

Artists including Iron Maiden, Radiohead and Foo Fighters have also called on the UK government to crack down on secondary sales.

You Me At Six released their song Night People in September. It’s the title track from their fifth album, which will be released on January 13, 2017.

They’ll head out on the road next week across Europe.

You Me At Six remaining 2016 tour dates

You Me At Six detail 5th album Night People