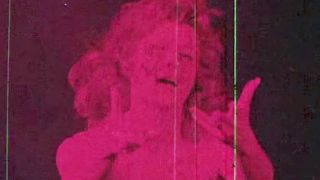 With The Dead have released a video for their track Crown Of Burning Stars.

The song is taken from the group’s self-titled debut album, due for release on October 16 (Friday) via Rise Above Records. With The Dead features former Electric Wizard bassist Tim Bagshaw and drummer Mark Greening, along with Cathedral singer Lee Dorrian.

The promo for Crown Of Burning Stars is based on a concept developed by Dorrian and was directed by Nucleus films’ Marc Norris.

On the album, Dorrian previously told Metal Hammer: “It’s got that pure anxiety and animosity. It’s probably come as a result of all the anger and hatred and negativity that I’ve been dealing with.

“I didn’t spend a long time writing the lyrics, whereas in Cathedral I’d spend weeks on a verse. This was a lot more punk and straight from the gut.”

WITH THE DEAD TRACKLIST