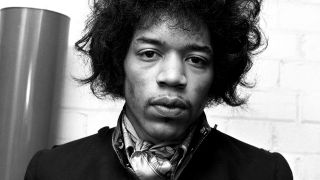 The Experience Hendrix tour will head out on the road across the US once again in early 2019.

The multi-artist touring event first began as a tribute show at The Rock And Roll Hall Of Fame back in 2000 and has now transformed into a full-blown tour, which celebrates the music of the Greatest Guitarist Of All Time, Jimi Hendrix.

Mainstays Billy Cox, Jonny Lang and Eric Johnson will be joined by a star-studded lineup of artists on the road trip, which will get under way in Florida on March 3.

Mustaine says: “Jimi Hendrix. The name that comes to my mind as one the Premiere American Guitarists Of All Time.

“An Innovator, and legendary musician, I am beyond honoured to do my part in this tribute to the immortal Jimi Hendrix and want to thank tour producer John McDermott for inviting me to play along such mind-blowing guitarists as Joe Satriani, and a personal favourite of mine, Eric Johnson. See you there!”

Satriani adds: “The camaraderie between all the musicians on the show is magical. I’m so excited to play some deep Hendrix tracks in a power trio setting with Dug Pinnick and Kenny Aronoff!”

A total of 30 shows are planned, each lasting three hours.

CEO of  Experience Hendrix LLC Janie Hendrix explains: “The tour is more than a series of concerts. It's a celebration of a man whose amazing gift changed the face of music and informed an entire culture.

“His influences were varied and diverse. And this year we’re shining a light on that diversity with artists who represent it across cultures and who also share a love for Jimi and his music. It’s exciting to be able to honour Jimi’s enduring legacy in this way.”

On November 9, The Jimi Hendrix Experience’s classic 1968 album Electric Ladyland will be reissued as a deluxe bot set to celebrate its 50th anniversary.

It’ll arrive on 3CD/Blu-ray and 6LP/Blu-ray, with both packages featuring the original double album remastered by Bernie Grundman from the original analogue tapes.

The package will also include 20 hotel room demos and studio outtakes, along with a 5.1 surround sound mix of the album by Hendrix’s original engineer Eddie Kramer.