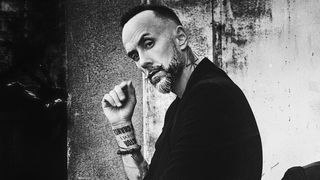 Behemoth vocalist and guitarist Adam ‘Nergal’ Darski has given his thoughts on Decapitated, after charges against them were dropped in the US late last week.

Michal Lysejko, Waclaw Kietlyka, Rafal Piotrowski and Hubert Wiecek were alleged to have raped a woman on their tour bus after a show in Spokane, Washington, on August 31, 2017.

But just days before their trial was due to begin, the charges against the band were dropped – leaving them free to return home to Poland after spending months in the US.

Negal says: “Four months ago, Decapitated were accused of kidnap and gang rape – subsequently they were put in a county prison and later into a local jail – and the shit hit the fan!

“I recall the similar case of my friends from Satyricon/Keep of Kalessin who spent two months in a Canadian prison because someone accused them of rape. It took two months of legal bureaucracy and the help of the Norwegian government to get them out.

“The accuser finally recanted the allegations, claiming it was a mistake. They never received compensation for financial losses or emotional trauma, just a brief apology and a document to prove their innocence – which they must always carry around with them.”

He continues: “Somehow, from the very beginning my intuition told me my friends from Decapitated would be just fine. Now, I’m not claiming to be a prophet but I’m an optimist and a good judge of character. I know these guys and I know they couldn’t/wouldn’t hurt a fly.

“They are now released and have had charges dropped – without prejudice. It’s obviously a big relief to their families and friends, including myself. So… what’s next for their career after such severe defamation?

“What about their good name? What about their families? I hope they get their justice and strike back soon! And Justice For All? Well… not quite. But getting innocent people back home… hell yes!”

Following the legal case being dropped, Decapitated issued a statement of their own.