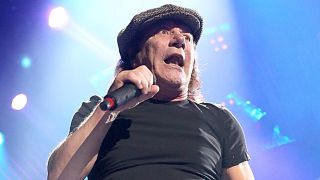 The band have called off the remaining 10 US dates of their Rock Or Bust world tour after doctors issued the ultimatum to the 68-year-old singer.

And while they’ve said the shows will be rescheduled, they add that they’ll be “made up later in the year, likely with a guest vocalist.”

AC/DC leader Malcolm Young retired in 2014 after being diagnosed with dementia and other health issues, to be replaced by his nephew Stevie. Rock Or Bust was the band’s first album without Malcolm.

Original drummer Phil Rudd later departed as a result of extensive legal problems, with Chris Slade returning to the kit.

Last September Johnson acknowledged the band couldn’t go on for ever, saying: “A good footballer, a good ice hockey player, they don’t want to retire – but unfortunately sometimes there’s a time when you have to call it quits.”