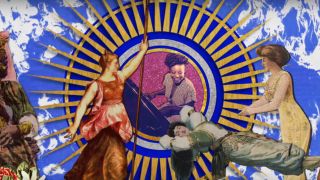 The Rolling Stones have released a psychedelic lyric video for their classic 1967 track She’s A Rainbow.

The song has been taken from the upcoming 50th anniversary edition of Their Satanic Majesties Request, which is due to arrive on September 22 via ABKCO Music.

The creative team behind the video tell Jezebel that the promo is “a colourful and playful celebration of women through the ages from all walks of life,” and “the subjects of Renaissance, Romantic and Classical art, Victorian theatre, vintage ballerinas, traditional dancers, stars of the silent screen, tribal women and mid-century groovers all rub shoulders in this psychedelic, kaleidoscopic collage.”

The limited-edition of Their Satanic Majesties Request - 50th Anniversary Special Edition is now available for pre-order. It’s hand numbered, comes in a lenticular cover, 180g vinyl and hybrid SACD versions of the mono and stereo mixes, plus a 20-page booklet and fold-out packaging.

The Stones have just kicked off their No Filter European tour. Find further details below.