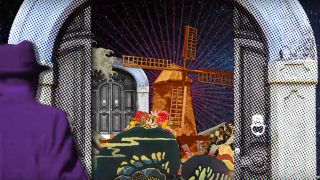 The Rolling Stones have released a video for 2000 Light Years From Home, a track originally released as a B-side 50 years ago. Watch it above.

It’s part of the build-up to the launch of Their Satanic Majesties Request - 50th Anniversary Special Edition, which arrives on September 22 and is available for pre-order now.

Record label ABKCO say: “Recorded at London’s legendary Olympic studios during the heady days of the Summer of Love, in a landscape of fervent creativity – Pet Sounds, Sgt Pepper, Hendrix, the Velvet Underground and the Who – Satanic Majesties stands out as a dramatic landmark.

“The band’s first full venture into the world of psychedelia, it may have split critical opinion at the time but is long overdue for reassessment. It features some of their most imaginative soundscapes, which included African rhythms, mellotrons, ‘found voices’ and full orchestration.

“Amongst the song highlights are the beautiful She’s A Rainbow with its elegant harmonies, piano intro and strings, the powerful, riff-driven Citadel and the imposingly dark cosmic rocker 2000 Light Years From Home, with its sinister keyboard effects (courtesy of Brian Jones).

It also features Bill Wyman’s debut writing and singing credit on a Stones release - In Another Land”.

The limited-edition set is hand numbered and comes in a lenticular cover, 180g vinyl and hybrid SACD versions of the mono and stereo mixes, plus a 20-page booklet and fold-out packaging.