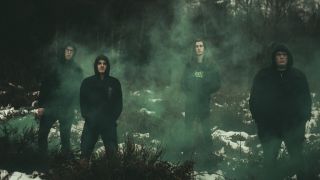 Conjurer have released a live video for their track Thankless.

The band say: “This video was captured over summer 2019 and a multitude of shows and festivals we were a part of. Thank you for the continued support."

Conjurer will tour later this month across the UK and Europe with Earth Moves, Armed For Apocalypse and LLNN on select dates.

Boasting four tracks with two covers each, both bands pay tribute to the acts that have influenced and inspired them, with Conjurer covering Mastodon’s Blood And Thunder and Slipknot’s Vermillion, while Palm Reader give their take on Rage Against The Machine’s Tire Me and Thrice’s Circles.