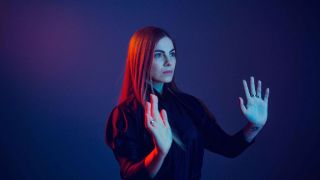 Polish alt.prog artist Julia Marcell has released a video for her new single The Odds. The single is taken from her forthcoming studio album Skull Echo which will be released through Long Branch Records on March 27. You can watch the video below.

"This song ponders the incredible randomness of life, finding ourselves thrown into this world at this particular moment in time and/or at all. It asks the listener to get a little easier on themselves and others, because why not?" Marcell tells Prog. "I wrote it with someone dear in mind, who once told me they've had little logical argument to go on living and every day they wonder if they should. Writing the song I hoped to lift their mood a little."

"Skull Echo is a story about time, perception and loneliness," she says. "About heads in which we are trapped, building our image of the world through our senses - full of uncertain information, selectively remembered and freely transformed. It is a story of longing for another person."

The topics discussed on the album inspired Marcell, also a writer and film director, to write a screenplay for a feature with the same title, which she is currently developing with film producer Natalia Grzegorzek from Koskino.