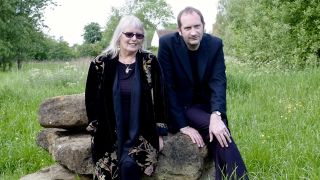 Judy Dyble & Andy Lewis have released a video for their song Treasure exclusively with Prog.

The track has been taken from the pair’s new album Summer Dancing which arrived in August via Acid Jazz.

Speaking of the track, Lewis says: “Nothing lasts forever, especially if you bury it in the ground and expect it to still be there when you go to dig it up, perhaps years later.

“What seems like a permanent state is all too often transitory, fleeting, ephemeral. This song commemorates and perhaps celebrates the fact that things don’t last for ever. After all, it’d be rubbish if feeling heartbroken lasted forever, wouldn’t it?”

Dyble adds: “A song which starts so gently and sweetly, but which speaks of the sadness of a bitter parting.”

Prior to the launch of Summer Dancing, Dyble and Lewis released a video for He Said/I Said.