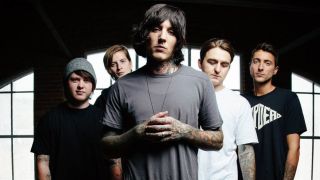 Bring Me The Horizon have announced their 2017 American Nightmare tour with Underoath and Beartooth.

The Sheffield outfit will hit the road with the two bands in March, kicking off the run at Houston’s Revention Music Center in Texas on March 10 and wrapping up in Las Vegas’ Joint on April 8.

Bring Me The Horizon recently released their cinematic video for their song Oh No, lifted from their latest album, That’s The Spirit.

Frontman Oli Sykes said: “This is the first video I’ve took a step back from creatively and let the director take full control. At first, I was apprehensive but when it all came together I was psyched on it.

“It’s got a good balance of humour and meaning, and it’s a video that leaves you with a lot of questions.”

Underoath reunited earlier this year after they’d split in 2013. They also recently announced their Rebirth UK and Ireland tour next May, where they’ll showcase their albums They’re Only Chasing Safety and Define The Great Line back-to-back.

Bring Me The Horizon are currently touring the UK before heading to mainland Europe.

Bring Me The Horizon The American Nightmare Tour dates with Underoath, Beartooth

Every Bring Me The Horizon album, ranked worst to best