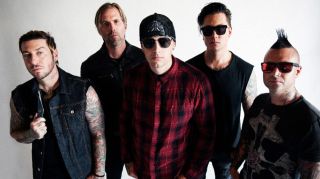 Avenged Sevenfold have been given a court date for their legal battle with former label Warner Brothers – and if the case is found against them, they could be forced to pay over $10m in fines and legal fees.

But it’s been speculated that the courtroom drama could lift the lid on the workings of the music industry – and that record companies might never be able to operate in the same way again.

The band terminated their contract in 2015, citing the “seven-year rule” which forbids personal contracts from lasting any longer than seven years. They also argued that significant staff changes at the label had caused a breakdown in the business relationship, and that the changes were grounds for termination.

But Warner Brothers launched a lawsuit back by the claim that the seven-year rule doesn’t apply, because record deals are based around a number of albums, rather than time. They say they’re entitled to be paid they money they should have made from the one album A7X still owed them – hence the claim for between $5m and $10m in damages, plus fees which already stand at $1.5m.

Until now, every record deal fight in which a band cited the seven-year rule has been settled out of court. But A7X are determined to take the case before a jury.

Frontman M Shadows tells The Hollywood Reporter: “We’ve realised this battle is bigger than just us. We’re fighting to that all musical artists have the same rights everyone else has.

“It’s not like we wanted to be here – but we’re down for the fight.”

The band also intend to examine how record labels operate in the modern world, in the hope of demonstrating to the court a lack of service provision.

A7X lawyer Howard King says: “The trial will include a referendum on how ineffective WBR is in promoting rock records.”

He hopes to prove through the argument that even if the label are entitled to compensation for lost profits, the figure would be much lower than the one they’ve quoted, simply because of the alleged inefficiency.

The Hollywood Reporter says: “At trial, expect a rare look at industry financials and testimony from key executives.

“The label will take the approach of using past commercial success to infer future profits. But when Avenged Sevenfold members appear before a jury, an entire industry may regard its mortality.”

The A-Z Of Avenged Sevenfold