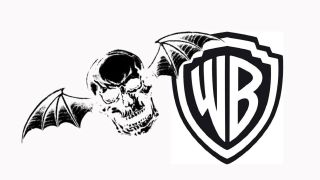 Avenged Sevenfold are being sued by Warner Brothers Records for an alleged breach of contract.

A7X are trying to walk away from their deal with the label using California’s so-called ‘seven-year rule’ which allows parties to leave contracts after that period has passed.

But under an amendment to the law introduced in the 1980s, record companies can claim lost profits on uncompleted albums, which is what Warner Brothers intends to do, according to Billboard.

A7X’s lawyer Howard E King says: “Avenged Sevenfold recently exercised the rights given them by this law and ended its recording agreement with Warner Bros Records.

King adds that, since A7X signed the deal with Warner in 2004, the label has undergone “multiple regime changes that led to dramatic turnover at every level of the company, to the point where no one on the current A&R staff has even a nodding relationship with the band.”

Warner Brothers claim that the band owe them a live album to complete the terms of the contract and the label say that they’ve already paid for it.

In a statement, A7X say: “We recently exercised our rights under California law and notified Warner Bros Records we would no longer record for them. Few of the executives who have been integral to our continued success are still at the label, and we love and are grateful to them for their hard work.

“However, since we signed with the label, Warner Bros has had three different regimes, multiple heads of marketing, and none of the senior management or A&R executives who were at the company and responsible for signing us are still there.

“Whatever the activity, it takes a full team to compete, and we no longer know most of our teammates.”

A7X are set to enter the studio in February to begin work on the follow-up to 2013’s Hail To The King.