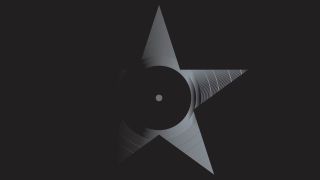 When David Bowie last released an album (2013’s The Next Day), it followed a decade of relative silence. There was much rejoicing. This time, with his 28th studio album, it’s about more than declaring “I’M ALIVE!”. Or words to that effect.

Not being one to play by the books of senior rock statesmanship (he doesn’t do lots of interviews, or personal branding, or go on tour), he’s greeting us this year with a challenging, twisty new record – that has relatively little in common with Space Oddity, Life On Mars or any of the more famous echelons of his catalogue.

The best thing about_ Blackstar_ – and why it’s definitely worth your time – is that it doesn’t sound fake. Or like an old git trying desperately to be young. The evidence says it should fall into these traps (‘69-year-old 70s/80s star goes trip-hop’ should ring all kinds of alarm bells). But it doesn’t. It’s thoughtful, cinematic and impressive; filling a harder guitar-shaped hole with Sue (Or In A Season Of Crime), where he suddenly seems to have more in common with Porcupine Tree than Ziggy Stardust.

Yes it’s a ‘grower’ if ever there was one, and yes it feels unwieldy in places, but satisfyingly so. Indeed, as closer I Can’t Give Everything Away proves, sometimes a searing rock guitar line is most effective when it emerges sparingly from a hazy, thought-provoking mesh of other sounds.