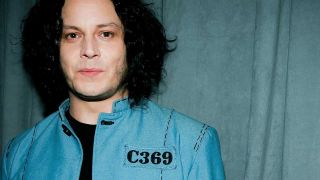 The White Stripes changed everything. Granted, it’s unlikely that anyone beyond a pocket of Detroit hipsters witnessed the duo’s debut show at the Gold Dollar bar on August 14, 1997. Likewise, the following year’s 1,000-unit run of first single Let’s Shake Hands was ample to satisfy demand. Few would have advised White to quit his day job as a furniture upholsterer.

It wasn’t until 2001’s White Blood Cells that the wider world snapped to attention. In an era of boys next door, White was a rock star like they used to make them. Eyeballs popped on stalks at his raven-haired, colour-coded charisma. Jaws dropped at his visceral speedball of old-time Delta motifs and spit-and-sawdust modern attitude.

In the years since that breakout, White hasn’t squandered his platform, raising sunken treasure with his Third Man label and pinballing between solo albums and side-projects of varying merit. For such a prolific talent, some missteps are inevitable (there are some who have never forgiven him for burying The White Stripes in 2011).

And yet, when reflecting on White’s two-decade hot-streak, it’s hard to argue with the position of Jimmy Page. “Jack White is somebody who is extraordinary in his visionary thinking,” noted the Led Zeppelin man in issue 20 of The Blues. “He might explain that he’s here [in modern times], but he’s actually four stops further on down the road. He thinks so far ahead you only can only marvel.”

Jack White and drummer/ex-wife Meg White might still have been small-timers when they entered Memphis’ Easley-McCain Recording Studio in February 2001, but the bandleader had a master plan for White Blood Cells.

The straight-blues direction and slavish covers of the band’s earliest work were ditched for 16 White-penned compositions. More significant, while all around him adopted the sexless sheen of Pro Tools, the bandleader insisted on analogue grit and impulse tracking, rattling through the songs at whip-cracking pace (they didn’t even bother with a bass track).

“There were probably only three days of recording,” White told Detroit Metro Times, “We really rushed the whole album, to get that feel, a real tense thing coming out of it.”

“We just set up and they started going,” remembered engineer Stuart Sikes in the Detroit Free Press. “Jack knew what he wanted. He told me more than once not to make it sound too good. Basically, he wanted it as raw as possible, but better than if it was recorded in somebody’s living room. He steered me that way and I ran with it.”

The plan worked. Upon release in July 2001, nothing sounded quite like White Blood Cells. From scabrous smash-and-grabs like Dead Leaves And The Dirty Ground or Fell In Love With A Girl to campfire jangles like Hotel Yorba, these songs felt like sunbeams punching through storm clouds after years of malodorous nu metal. For once, the music press and the man in the pit were agreed: The White Stripes were it.

There are indie tastemakers who’ll string us up for overlooking Elephant, but this third album deserves the podium finish, announcing a world-beating talent and sweeping away the dross like a biblical flood. The band’s star would rise higher, but they never made a more exciting statement.View Deal

The mighty Elephant trampled all-comers in 2003, giving The White Stripes their first UK No.1 album and the rock scene a new poster-boy. Recorded at London’s Toe Rag studio on equipment predating 1963, the record ram-raided the mainstream without compromising White’s vision one iota.

In 2003, its offcuts were everywhere, from the football casuals bellowing the riff of Seven Nation Army, to the rock clubs pumping out Ball And Biscuit, to the video that saw Kate Moss gyrating through I Just Don’t Know What To Do With Myself. The planet was theirs for the taking.View Deal

White’s solo return had an eccentric genesis, the guitarist alternating his all-male/female touring bands at sessions in Nashville, and rifling through lyrics he’d written as a 19-year-old for inspiration. If there was a whiff of pseudery, it evaporated when Lazaretto arrived in June 2014, delivering White’s most solid collection of songs since the Stripes.

Referencing the masters on the opening retread of Blind Willie McTell’s Three Women, White went on to spread his wings, evoking Exile-era Stones on Just One Drink and pulling the listener up short with the shiveringly personal Alone In My Home.View Deal

De Stijl deserves its cult status, catching the duo at the tipping point before everything went batshit crazy. Dedicated to Blind Willie McTell, this second album was recorded to eight-track in White’s living room, but that rudimentary production belied a tracklisting that runs the gamut.

White was already the master of chippy, slide-driven blues, but patently had countless strings to his bow, as evidenced by the sugar-rush pop singalong of You’re Pretty Good Looking (For A Girl) or the plinky-plonk, Macca-worthy Apple Blossom. Impending greatness was writ large.View Deal

A decade after White Blood Cells, there was a growing consensus that White had misplaced his mojo. In 2012, we ate our words and hats, with solo debut Blunderbuss darting between surf, country and honky-tonk, and remembering to throw a fistful of hooks at standouts like Sixteen Saltines and Missing Pieces.

Hitting No.1 in both the US and UK, Blunderbuss represented another adrenalin shot for the genre that White had helped to resurrect. “It’s all blues music to me,” he told us of the album’s light-footed approach. “It’s just different ways of projecting that. But the essence of all music to me is the blues.”View Deal

Jack ‘n’ Meg bowed out with a glittering swansong that ensured their legacy was bulletproof. Icky Thump fused White’s restless experimentation to some of his most rock-solid tunes.

The pianos were gone, and we didn’t miss them: Conquest was a crazed spaghetti-western scorcher, and Catch Hell Blues a showcase for White’s stunning electric slide work, while You Don’t Know What Love Is (You Just Do As You’re Told) was a scream-it-back anthem. Always leave them hungry, runs the adage. After Icky Thump, we were ravenousView Deal