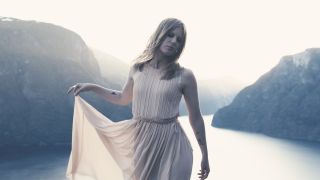 Myrkur have released a haunting new video for their track Ulvinde.

It’s been taken from multi-instrumentalist Amalie Bruun’s upcoming album Mareridt – Danish for Nightmare – which is due out on September 15 via Relapse Records.

The video was directed, filmed and edited by Mats Ek and shows a seemingly possessed Bruun crawling through forests and trying to make her way across bleak landscapes.

Myrkur previously revealed the track Måneblôt from the album.

The new album was recorded between Copenhagen and Seattle with producer Randall Dunn and is said to be “a rich juxtaposition of the dark and the light, the moon and the mother earth, the witch and the saint.”

Last month, it was announced that Myrkur will support Solstafir on their European winter tour which takes place throughout November and December. Find further details below.